Our Southeast regional office is in Norcross, Georgia, in the fast-growing area about 30 minutes north of Atlanta. As a major hub for airport travel, Atlanta provides easy access to all corners of our Southeast Region, consisting of Alabama, Georgia, Mississippi, South Carolina, and Tennessee.

More About Reinforced Earth in the Southeast:

When traveling around the Atlanta area, you can spot our structures at almost every turn, especially along the network of interstate highways and MARTA.

At Mercedes Benz Stadium, a Reinforced Earth® MSE pedestrian ramp helps move fans to and from Falcons and United games, college football bowls, the Super Bowl, and a variety of other events.

The I-75 South Metro Express Lanes, completed in 2016, provide reversible lanes to alleviate traffic south of Atlanta. Northwest of Atlanta, Ridgewalk Parkway over I-575 features on off ramp using our combined MSE wall and traffic barrier system, Piano Wall™.

Our largest project to date in South Carolina, the I-85/I-385 Interchange, began in 2015 and is contributing to the growth of Greenville.

As one of the more unique retaining wall applications, containment walls have been designed and installed on Elba Island near Savannah. The MSE walls protect the surrounding area around LNG tanks in case a spillage occurs. 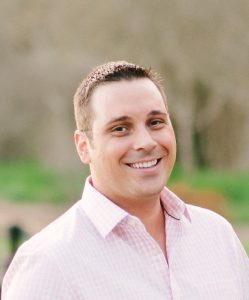 Vince is a Virginia Tech Hokie with a BS in Civil Engineering, and came to RECo in the spring of 2003 as an engineer. After a couple of years in the corporate office he moved to the Atlanta area, where he continued to provide engineering solutions, specializing in very dynamic design-build projects. Vince became the Southeast Regional Manager in 2018, handling sales for the very busy region.

“…I really enjoy being a valued member of a design team. Especially for complex projects where the consultants and the contractor are trying to come up with the best solution possible for that particular project.”

Vince is a big college football fan. He enjoys spending time with his wife, two sons, and two dogs. 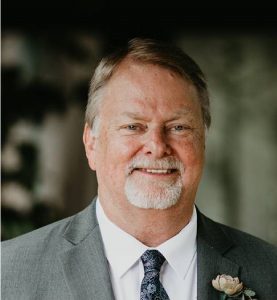 Jack Stewart has lived in the Atlanta area since 1967. He earned a Bachelor’s Degree in Civil Engineering from Georgia Institute of Technology in 1978, and came to RECo as a project manager in 1986. Jack was promoted to Regional Manager in 1994 and then Division Manager in 2006. He currently oversees operations in both RECo’s Southeast and Florida regions.

“I enjoy and greatly value the relationships that I have been able to build and nurture with our customers, engineers and owners. I also enjoy the problem-solving aspects of the job.“

Outside of work, Jack is into woodworking, golf, and spending time on the water.