Tap to Email
Work With Us
Home › Markets › Defense

A Reliable Partner When It Matters Most

RECo USA has continued to provide reliable service and solutions to the United States military since the 1970’s. We are proud to work for and alongside the US Army Corps of Engineers, all branches of the military, and their defense contractors. We have engineered structures for a variety of different functions at military installations around the nation, including: 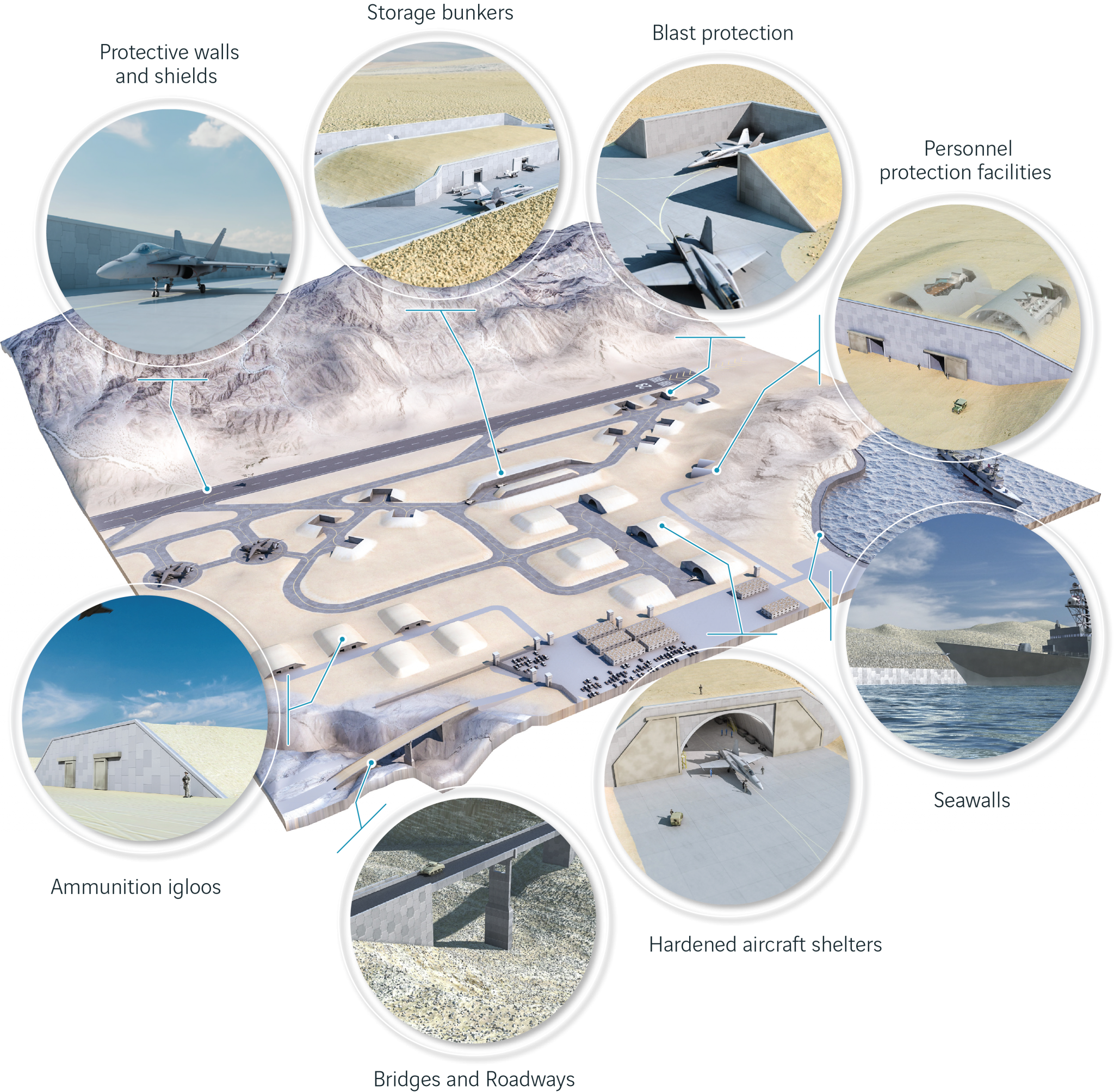 Since full scale testing was conducted and our standard drawings were approved by the US Army Corps of Engineers, we have supplied roughly 100 of these structures in several locations around the United States for the military. The earth-covered concrete TechSpan® arches with MSE headwalls absorb the energy released in the event the stored ammunition is detonated inside, mitigating potential damage to the surrounding area.