Tap to Email
Work With Us
Home › Woodhollow Dam 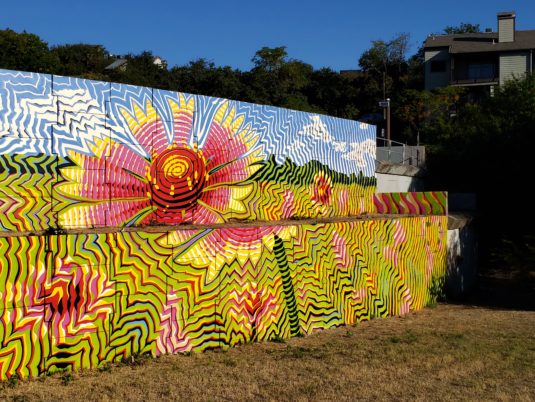 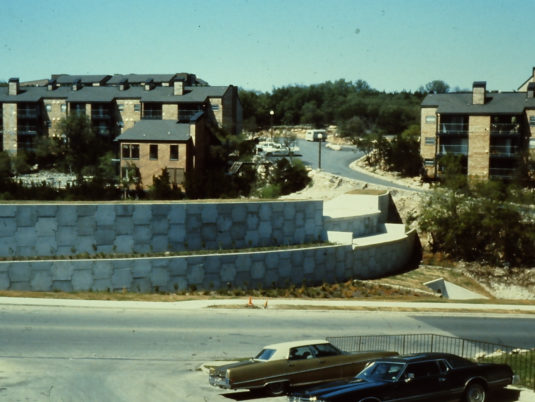 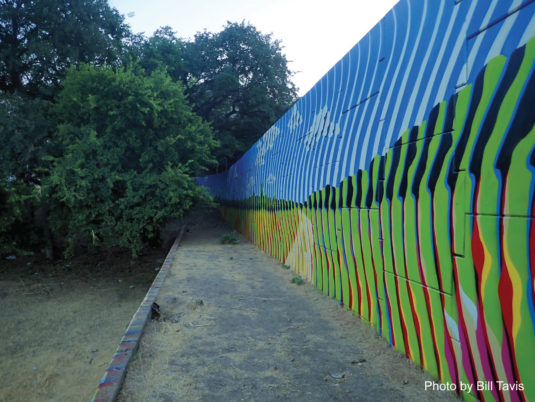 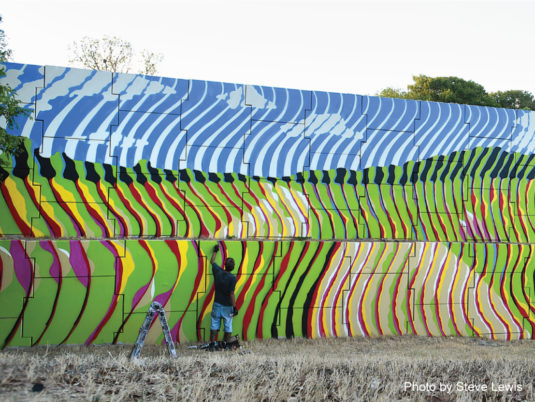 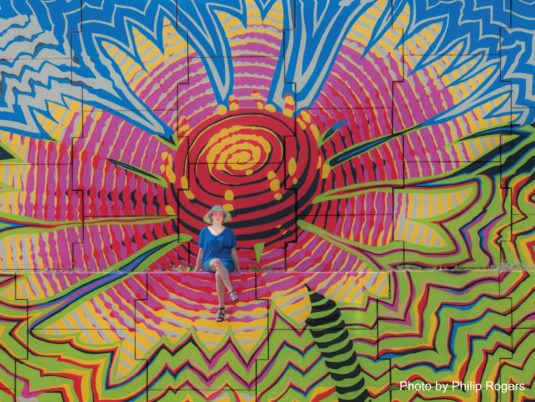 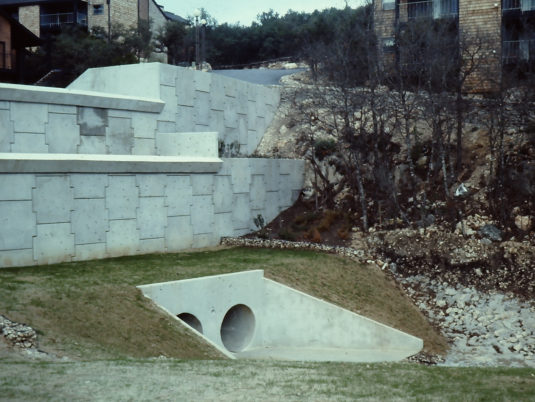 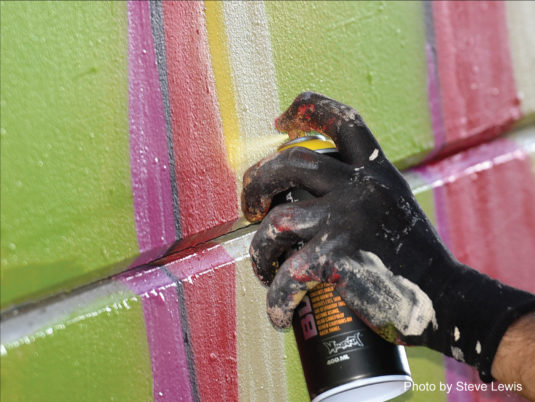 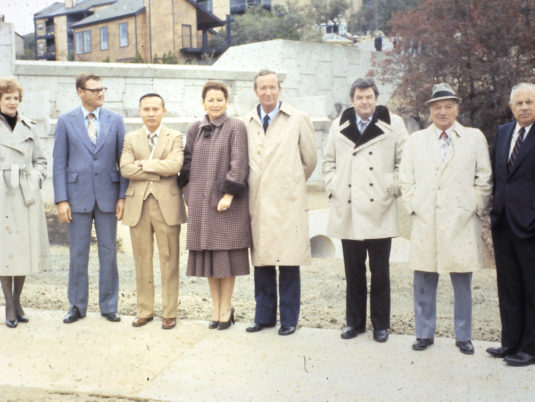 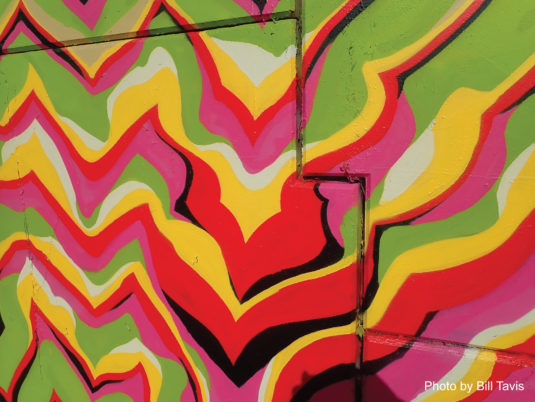 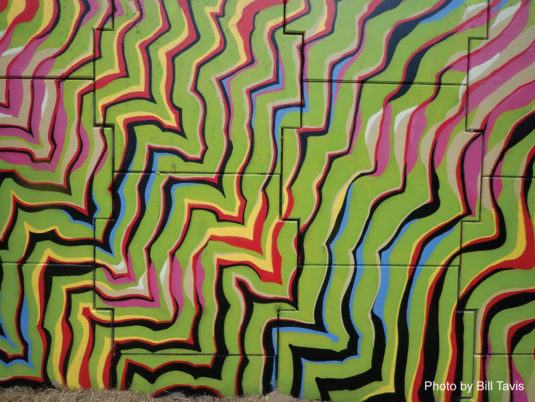 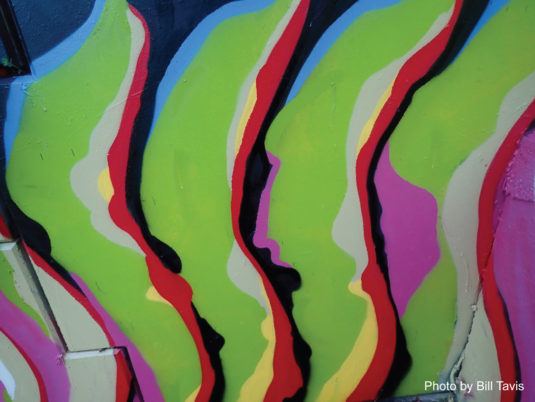 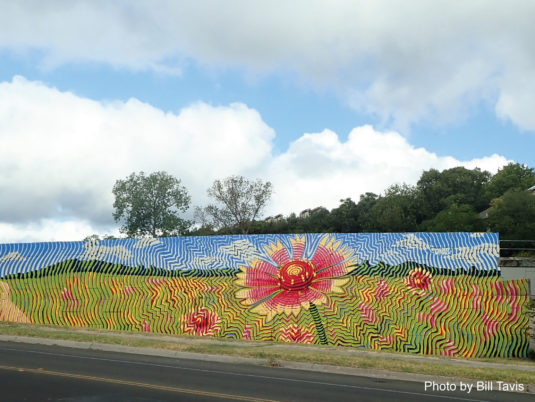 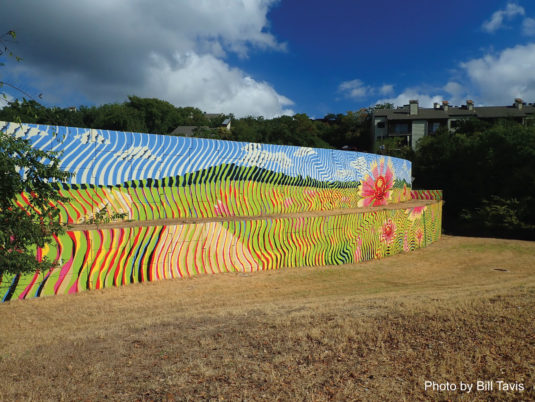 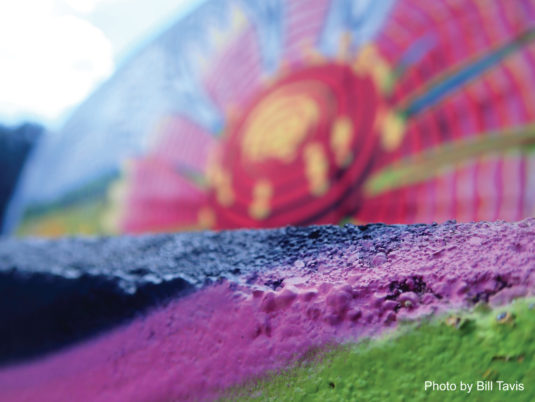 Woodhollow Dam was built between April and December of 1979 to control flash flooding in an Austin, Texas neighborhood. The first dam constructed of Reinforced Earth® in the United States created a buzz in the community and even had a visit from the inventor of the retaining wall system. The dam proved its value early and is still in use over 40 years later as a flood control measure, as well as a new artistic landmark.

Neighboring apartment buildings and an adjacent roadway created a tight space, preventing the use of a conventional sloped earth dam. Having been introduced in the U.S. only eight years earlier by Henri Vidal, the Reinforced Earth retaining wall system was still relatively unknown in some civil engineering markets such as water resources and floodplain management. In addition to the smaller footprint, the cost efficiency compared to a cast-in-place concrete dam convinced The City of Austin Engineering Department to move forward with The Reinforced Earth Company’s (RECo) engineers in Arlington, Virginia to finalize the design of the dam.

Woodhollow Dam was designed with a tiered wall facing on the downstream side. Initially the plan was for a straight vertical face, but with the proximity to the roadway, the City of Austin preferred the dam to be stepped back to appear smaller. Landscaping helped blend the tiered wall in with the site. The upstream side of the dam was built as a sloped earth fill, extending 2.5 to 1 down from the back of the soil reinforcements. A clay core keyed into bedrock, a full-height crushed rock drainage blanket, rip-rap, and other typical features of an earth dam are incorporated into the section of the structure.

During construction in November 1979, a resident posed a question in the Austin American-Statesman newspaper:

“What is the incredible structure going up across the creek on Woodhollow between Spicewood Springs Road and Greystone Drive?” City engineer, Vic Williams answered, “lt is a dam. And it’s worth a trip just to see it. Somehow you don’t expect a dam right in the middle of a residential area but there it is.” He went on to explain the dam’s purpose, which was to “delay heavy water running into Shoal Creek during a rainstorm…This is one of seven detention areas to detain storm water run-off in that area. But this is the major one; it’s the only one like it in Austin or in the U.S.”

After completion of the dam’s construction, Henri Vidal and his wife, Elizabeth, traveled from France to observe the structure, and they were guests at Austin’s City Council. From the City of Austin:

“Mr. Davidson, City Manager, asked Mr. Charles Graves, Director of Engineering, to make an important presentation to Council on a unique project not only to Austin, but within the United States. He said we are proud to have been associated with it.”

“Mr. Graves told Council and members of the Chamber audience that a new program of flood control had been launched a few years ago. One of the more interesting areas was the Shoal Creek Watershed. Henri Vidal, a French architect, engineer and inventor developed the concept for reinforced earth structures that has been used in the construction of Austin’s first major storm water retention dam.”

The Mayor presented a key to the city to Mrs. Vidal. The Texas Society of Professional Engineers then presented a plaque to Mr. Vidal.

Only a couple of years after its construction, on Memorial Day weekend in 1981, the dam was tested by a 500-year flood.

“The deluge and severe flooding over Memorial Day weekend proved there’s more to the dam than just a pretty face…” – ENR, June 18, 1981.

In 2019 the dam’s “pretty face” was given quite an upgrade. Local artist, Bill Tavis, was commissioned by the city to paint a mural on the entire concrete face of the dam, an area of about 3,900 square feet. Through TEMPO, part of Austin’s Art in Public Places program, the city is awarding local artists the opportunity to create temporary sculptures and murals on city property, paid for by the city. This particular mural took about four weeks to complete in the fall of 2019, and will eventually be replaced in the future.

Mr. Tavis said he found the wall’s facing panels very useful during the layout phase of his halftone mural. “…they wound up being a big part of my process because I used the panels to grid out and transfer my image, it really helped!”

More about Bill Tavis’ work on Woodhollow Dam can be found on his website, and on the Austin American-Statesman website.

Photos not by RECo were provided by Bill Tavis, Steve Lewis, and Philip Rogers.