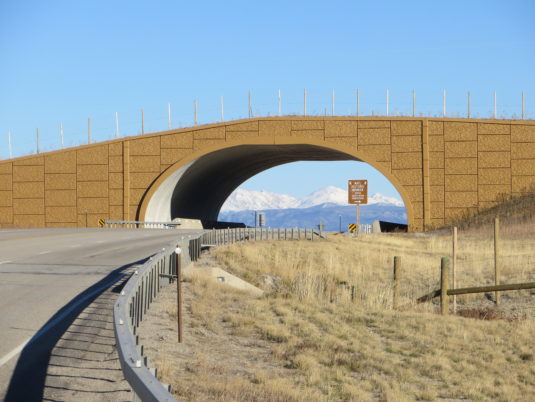 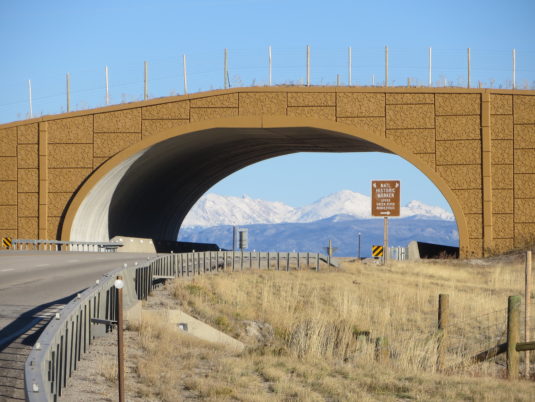 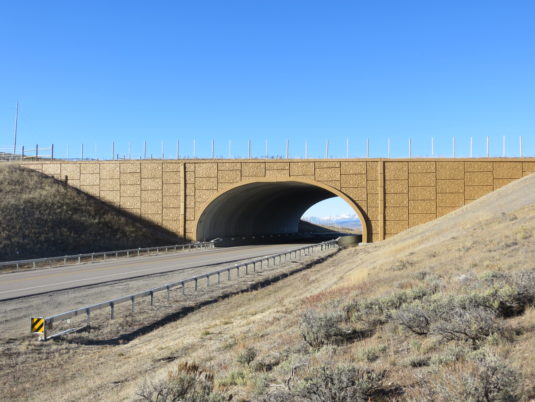 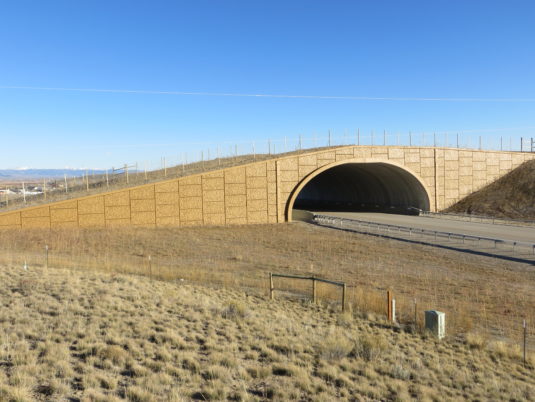 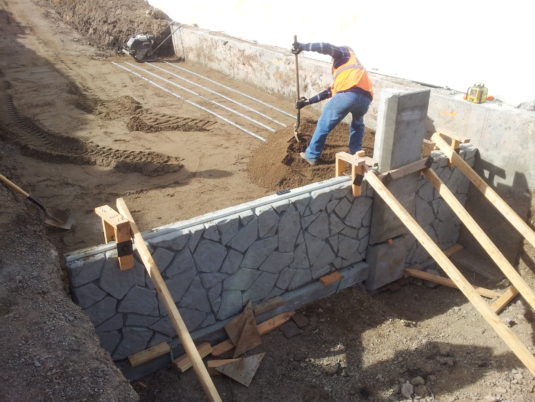 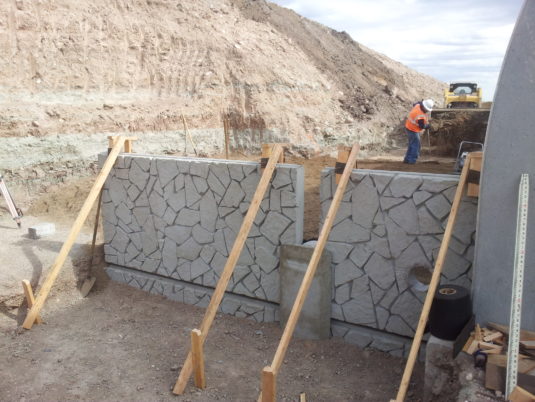 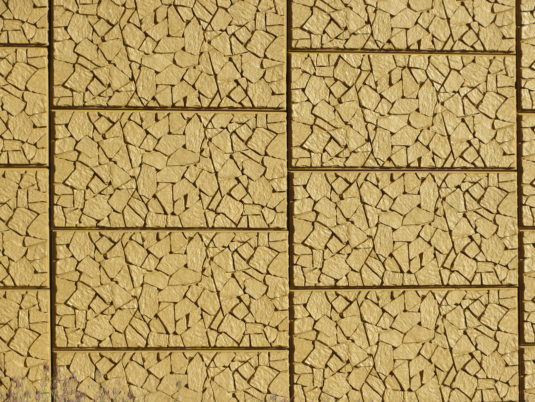 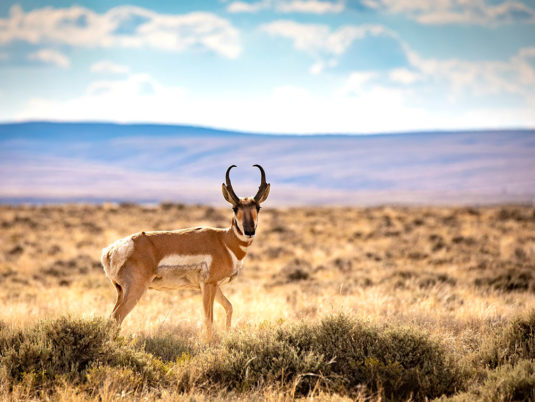 Every year thousands of Pronghorn and other animals migrate north and south a distance of about 150 miles between Grand Teton National Park and upper Green River Basin. In 2008 the migration path became the nation’s first federally designated wildlife migration corridor. Funneling through an area called Trappers’ Point, the corridor crosses paths with US 191, near the town of Pinedale, Wyoming.

To lower the risk to wildlife and motorists, as well as reduce the annual cost of accidents, the Wyoming Department of Transportation (WYDOT) and the Wyoming Game & Fish Department have collaborated on a long term initiative to increase the separation between migrating animals and roadway traffic in dozens of locations around the state.

As in many parts of the US, Wyoming’s highway system is conflicting with its wildlife migration paths, which are thousands of years old. At Trappers’ Point alone, WYDOT had at one time estimated about $500,000 per year in vehicular and wildlife resource costs due to collisions between vehicles and wildlife. The Wyoming Game and Fish Department has said that in years leading up to the initiative, around 140 animals per year have been struck by vehicles along this 12-mile stretch of US 191.

Trappers’ Point was one of the earlier locations to be addressed, completed in 2012. Six animal underpasses and two overpasses were constructed by Reiman Corporation along the 12-mile length of US 191. One of the factors in choosing an underpass versus an overpass involved the study of migration habits of different species, and whether they are more inclined to travel through or on top of a structure.

About 6.5 miles apart on US 191, the two overpasses were designed as concrete arch bridges, about 40 feet tall and 150 feet wide. Reinforced Earth® Mechanically Stabilized Earth (MSE) spandrel walls were installed on both sides along the length of the bridge and over the arch. The concrete facing panels for the walls were cast with a stone architectural finish and painted to blend into the surrounding environment.

The MSE walls provided an ideal and attractive solution for the remote area – allowing for easy site delivery, minimized earthwork, and use of local material within the volume.

From the WYDOT website, other measures incorporated with the overpasses include:

The project at Trappers’ Point has reduced vehicle collisions with animals by about 80%, according to WYDOT. As Wyoming and other states continue to build wildlife crossings such as this one, it will allow for the conservation of the vital migration habits of Pronghorn and other North American species.