Tap to Email
Work With Us
Home › Stampede Dam 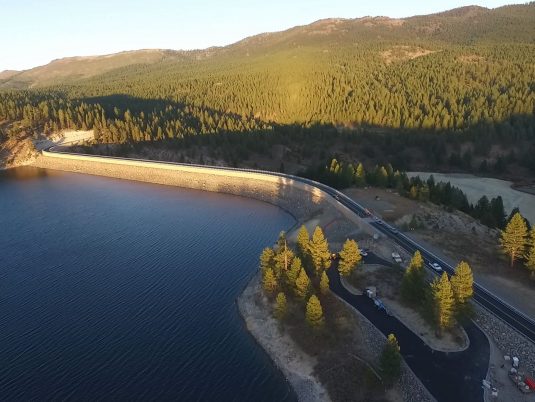 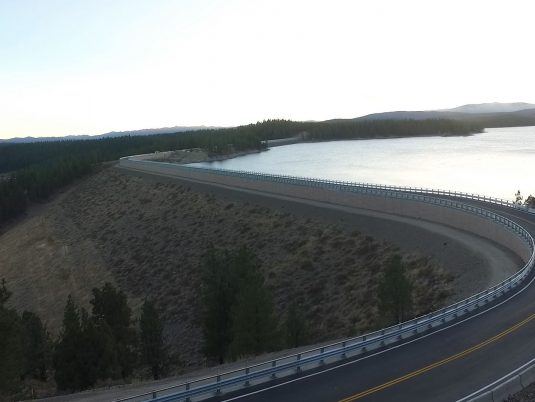 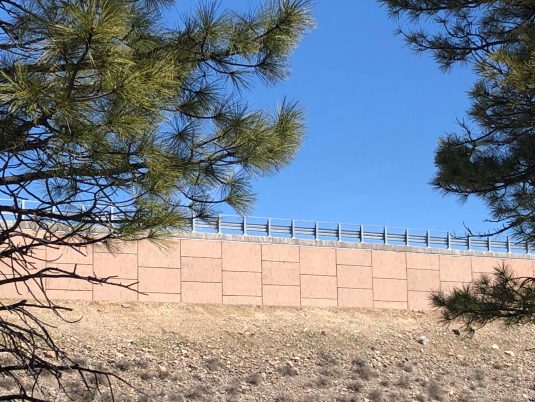 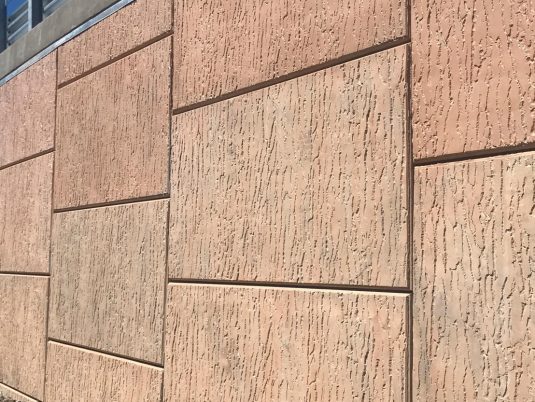 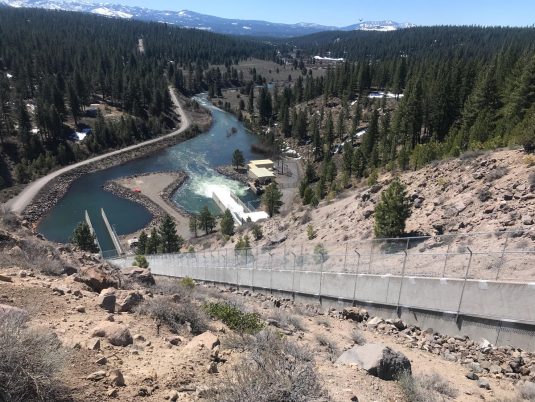 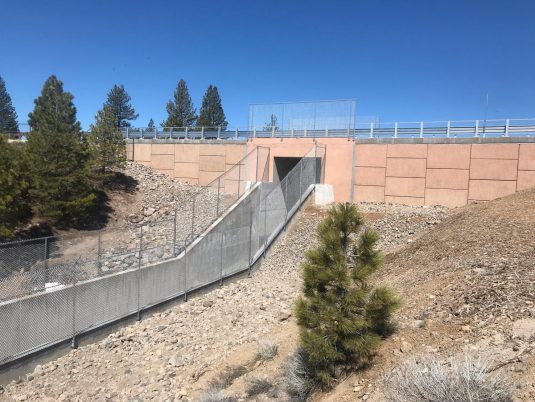 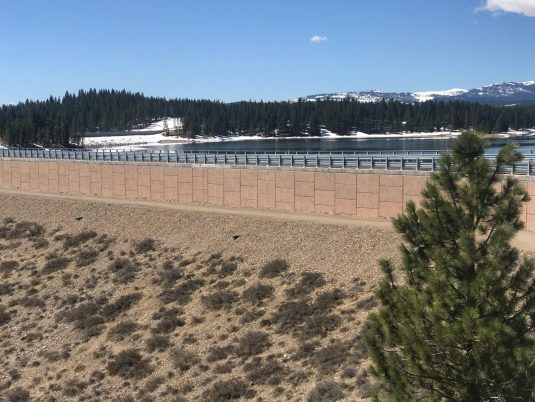 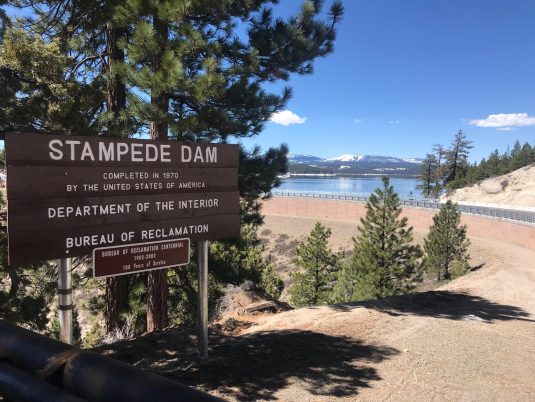 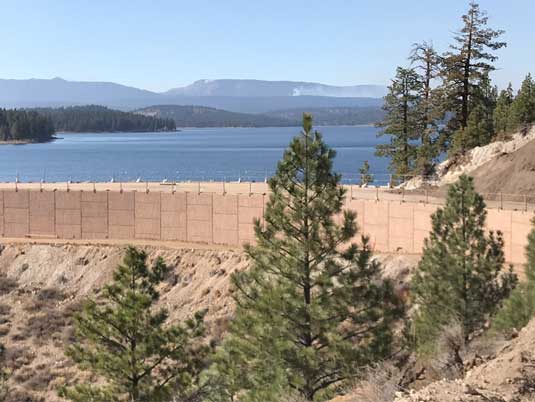 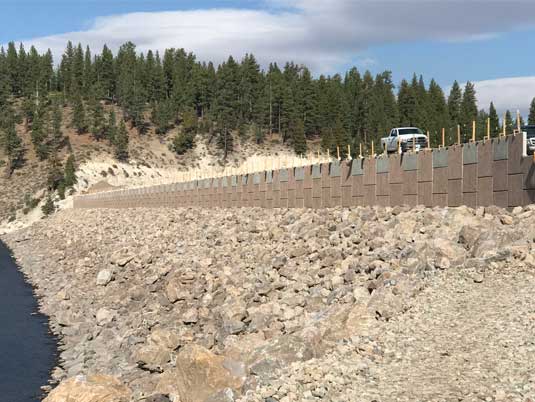 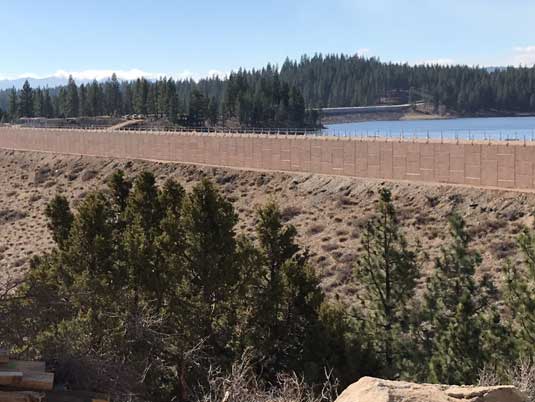 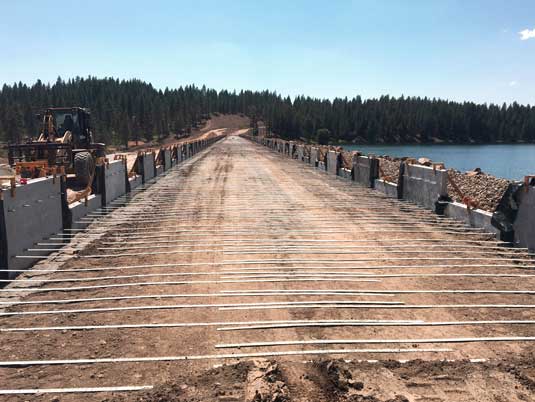 The Stampede Dam is located high in the Sierra Nevada Mountains in near Truckee in Northern California. The dam has undergone safety and performance improvements which include raising the dam’s crest by about 11.5 feet. The raising was intended to limit dangerous outflows during extreme flood events, a safety measure to protect nearby towns and tourist destinations from potential flood waters while at the same time adding nearly 141 million cubic feet of water storage capacity to the dam’s reservoir.

RECo began technical coordination efforts with the US Bureau of Reclamation’s Safety of Dams Program and interested contract bidders in October 2012. Construction of the MSE walls started in 2017, and the roadway on top of the dam opened in November of 2018. The project is an excellent example of using MSE walls to raise the crest of a dam. The major benefit is in the reduced amount of earthwork and fill required as opposed to raising with a sloped embankment.

The project is an excellent example of using MSE walls to raise the crest of a dam.

In August, 2017, crews were mobilized and started construction of the 100,000 square-feet of Reinforced Earth® MSE walls in a predominantly 30-foot wide back-to-back configuration along a crest center line stretching three quarters of a mile.  The wall height is nearly consistent at 16 feet, and in some areas reaching a height of over 18 feet. While the project owner’s engineer carried out the global stability analysis, RECo’s engineers addressed the seismic peak ground acceleration factor of 1.2g, addressed full height submersion and drawdown loads imposed during a flood event, and included standard traffic surcharge loading for the raised roadway to be constructed atop and between the walls.

In 2018, the Sacramento Section of ASCE recognized the Stampede Dam Safety Modifications project with its Geotechnical Project of the Year Award.

In 2020, the Association of State Dam Safety Officials (ASDSO) awarded the Stampede Dam project the National Rehabilitation Project of the Year.