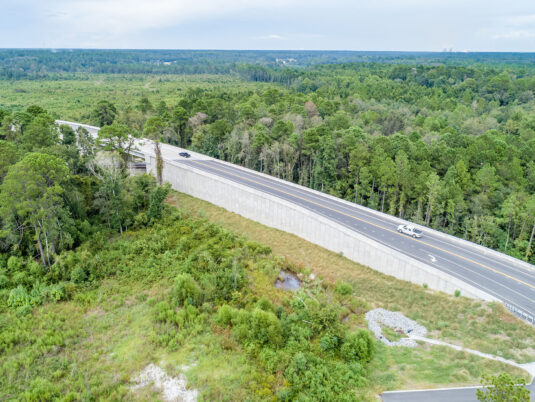 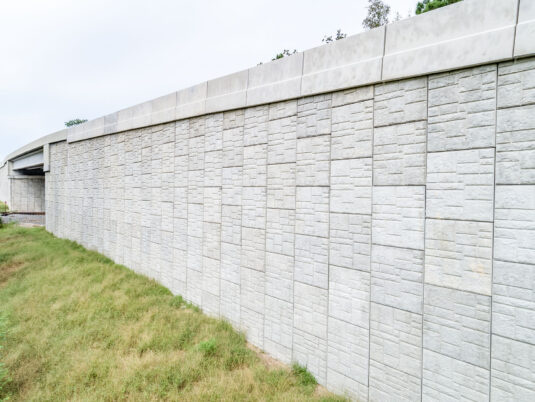 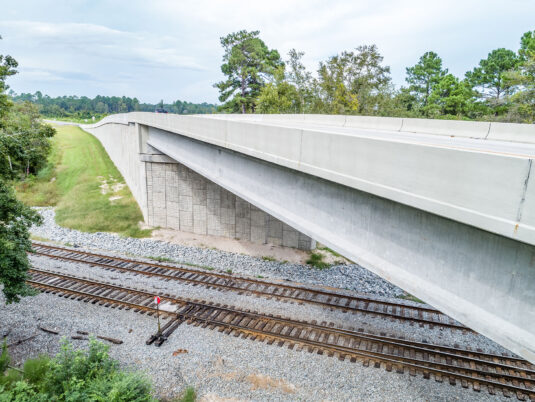 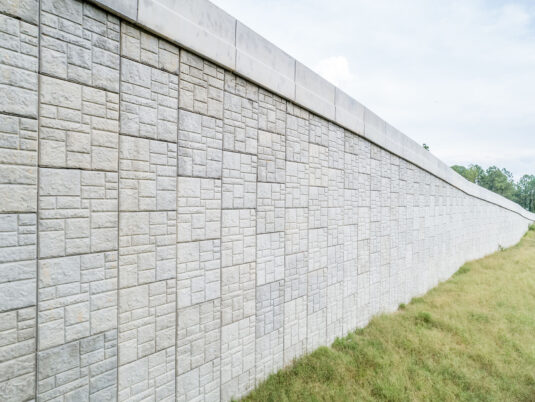 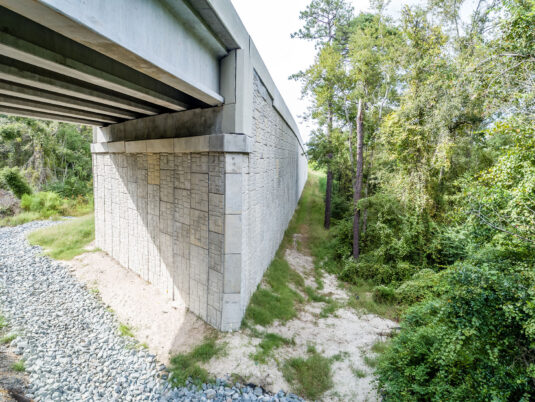 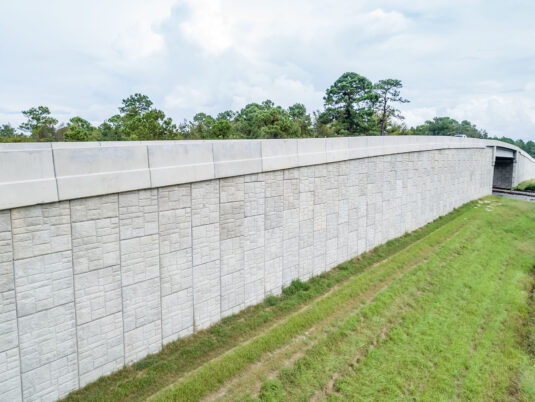 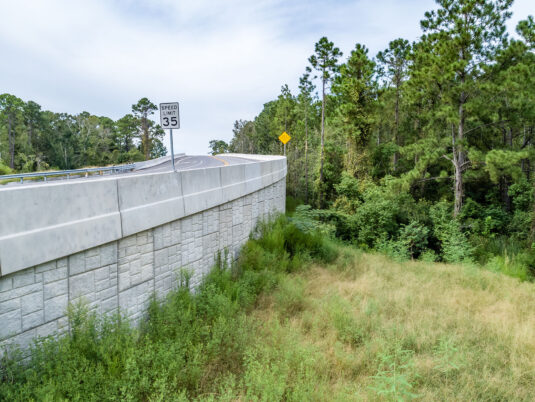 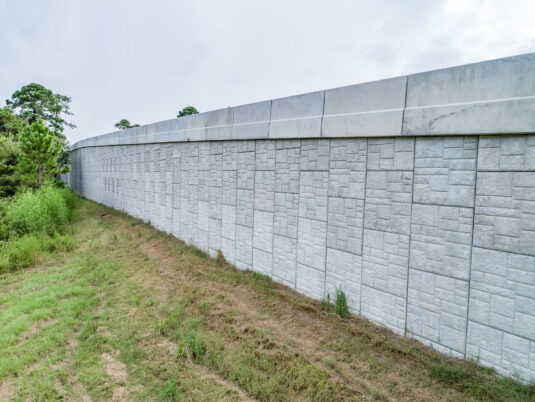 The roadway ramp walls for this bridge seem conventional on the surface, but there were a few special design aspects needed to make this project a success.

The geotechnical engineer noted a weak foundation below the proposed walls, which would reach a height of up to about 40 feet. The solution to improve and ensure a strong foundation was to install wick drains, a 2-ft thick drainage blanket layer, and then build the MSE walls in vertical stages. In the staged construction, the walls were installed to about half-height. A 30-day waiting period was observed after the first stage to ensure that the foundation had reached the required strength. The second stage of the wall was then installed to reach the full height. In some taller sections, a third stage was used.

The bridge abutments were built on piles extending through the MSE backfill. The angle between the proposed bridge and the railroad tracks of about 45 degrees required a special design of the walls’ acute corners. On each side of the bridge, two bin wall designs were provided, in which soil reinforcements are connected on both ends to the panels on opposite sides of the corner. From the MSE wall footing up to the bottom of the abutment seat, a conventional bin wall was designed, with the soil reinforcement arrangement to accommodate the pile locations within the wall volume. From the bottom of the abutment seat to the top of abutment, the soil reinforcements were designed to skew horizontally away from the opposite side up to 45 degrees. Soil reinforcement connectors (tie strips) were cast directly into the abutment seat concrete.

The overpass was finished in 2018. In total, 68,470 square feet of Reinforced Earth MSE wall and nearly half a mile of precast traffic barrier was installed.