Tap to Email
Work With Us
Home › SoFi Stadium 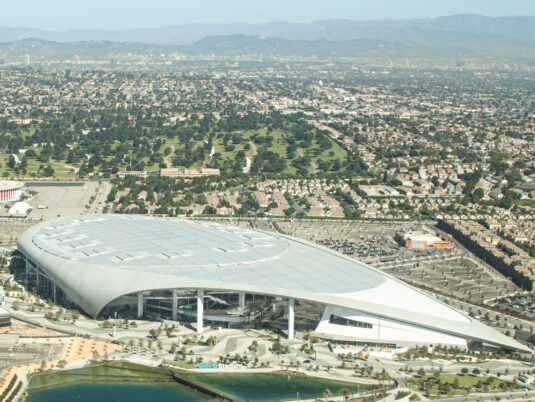 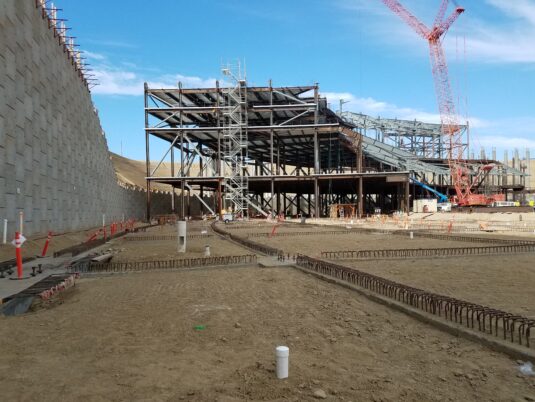 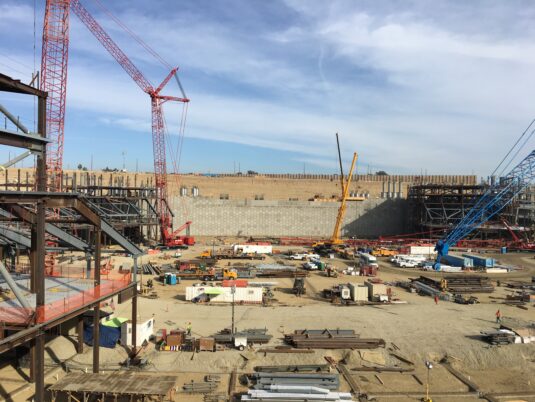 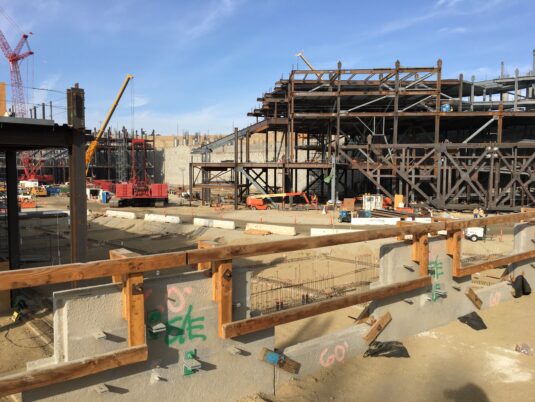 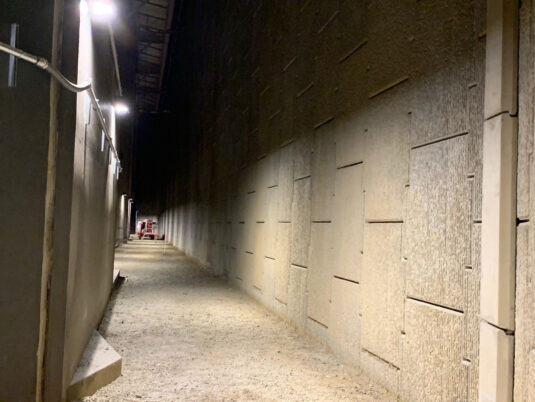 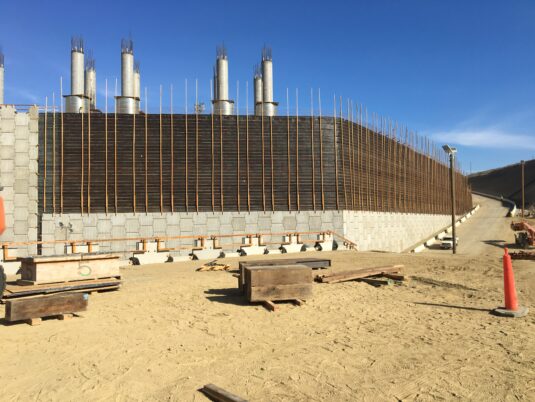 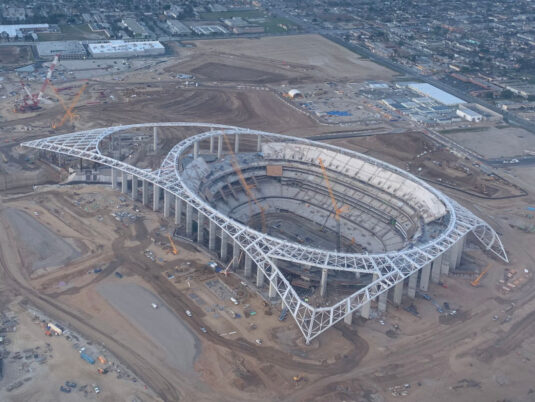 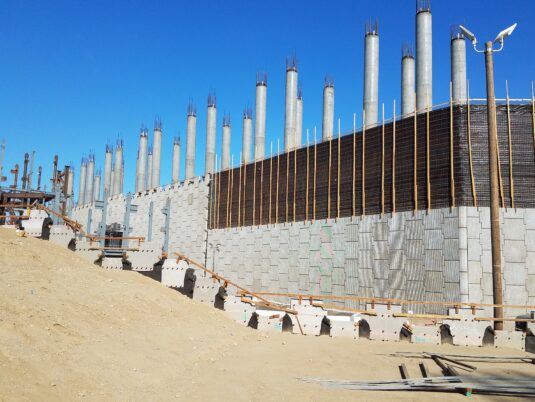 One of the tallest mechanically stabilized earth walls in the world is obscured from view, hidden by one of the biggest stadiums in the National Football League. At SoFi Stadium in Inglewood, California, RECo’s 100-ft tall Reinforced Earth wall was installed as a stress relief wall around the stadium footprint, forming a “bowl” for the main structure to be set below the original grade.

If built on existing grade, the stadium would have invaded the nearby navigational airspace of the Los Angeles International Airport. To keep the final stadium elevation below the limitation, it had to be set approximately 100 feet into the existing grade. The project team’s initial designs for top-down retaining wall construction did not prove to be a viable solution when considering the extreme height, seismic criteria, and project schedule. To move the project along as fast as possible and to begin stadium foundations at the earliest date possible, the contractor decided the best option was to excavate the 100-ft deep hole, then build a wall up concurrently with the stadium structure inside the bowl.

Due to high seismic considerations in the Los Angeles area, it was necessary to design a bowl wall that would alleviate potential dynamic forces from the stadium structure. Reinforced Earth MSE walls are highly flexible and can be designed to accommodate the most extreme seismic criteria. RECo’s engineering team was able to provide the contractor with a design that worked, and gained approval from the reviewers relatively quickly.

Ultimately, the most beneficial aspect of the Reinforced Earth wall was the construction schedule. Overall, the wall was topped out in about a year and a half. The constructability of the wall system allowed the contractor to maximize their schedule, and gave them the flexibility to build out of sequence and accommodate other design changes quickly. The MSE wall design saved the contractor millions of dollars and about a year of construction time.

The majority of the wall was built using concrete facing panels. Wire mesh facing TerraTrel™ panels were used in areas for temporary ramps down to the bottom of excavation, and to support fill behind other stadium features within the reinforced soil volume. Ribbed steel strips were used for soil reinforcement for the entire Reinforced Earth wall. Up to 13 soil reinforcements were connected to one 5-ft x 5-ft concrete facing panel.

Over 300,000 square feet of concrete and wire mesh facing panels were installed, the equivalent of more than 5 football fields.

Over 1,500 miles of reinforcing strips were installed – the same distance the L.A. Rams traveled when they moved from St. Louis to Los Angeles.

A variety of foundations for the stadium structure were located behind the wall facing inside the MSE wall reinforced earth volume. Within its fill, the wall had to withstand loads for the roof, stairs, upper level structures, and more. Hundreds of foundations (piles, shafts, footings) were located within the backfill, the largest of which were for the roof. They were accommodated by skewing reinforcing strips, placing additional reinforcing strips, and adding wire faced relief walls adjacent to the obstructions to alleviate earth pressure on them.

In one area, a 3rd floor restaurant required a foundation on piles. The first row of piles was very close to the back of MSE wall, and calculations had to be done to consider the lateral loads imposed on the wall at each location. RECo’s engineers drew out the influence zones for each pile and added the loading to the earth pressures in the internal stability calculations of the wall.

A 10.5-ft tall cast-in-place cantilever wall was incorporated along the entire top of the main bowl MSE wall. This was done so that utilities and other items that may require future maintenance can be accessed without having to consider the MSE wall’s reinforcing strip placement.

TerraTrel wire facing was also used for a variety of applications on the project. Notably, a temporary wall was built to provide access to the bottom of the excavation. The temporary wall was eventually buried when the ramp was closed off with a section of permanent MSE wall.

In general, all of the stadium’s foundations and structures within the MSE volume had to be categorized as “moving with the wall mass” or not. Many of the items were isolated from the MSE volume using additional facing and soil reinforcements. For example, a tunnel for VIP and player access was installed through the reinforced soil volume. Permanent wire faced MSE walls were built along the concrete tunnel to isolate it from the MSE volume.

Hidden, but Not Forgotten