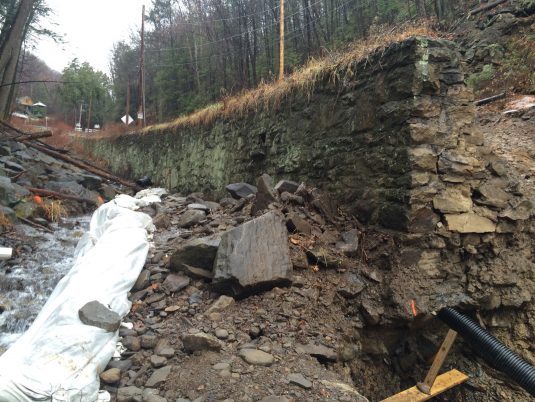 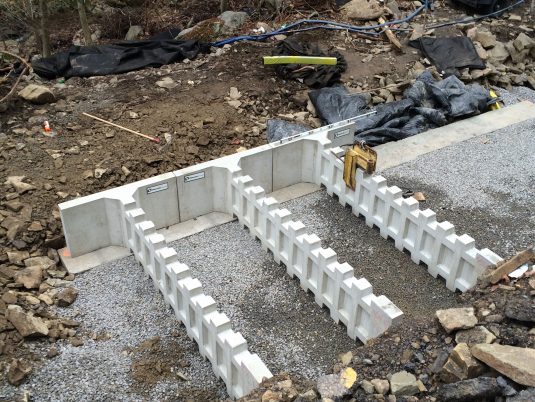 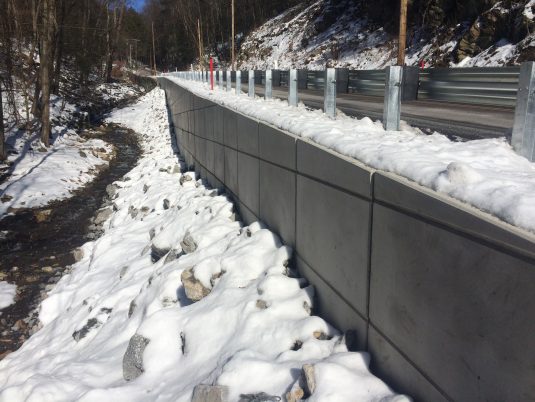 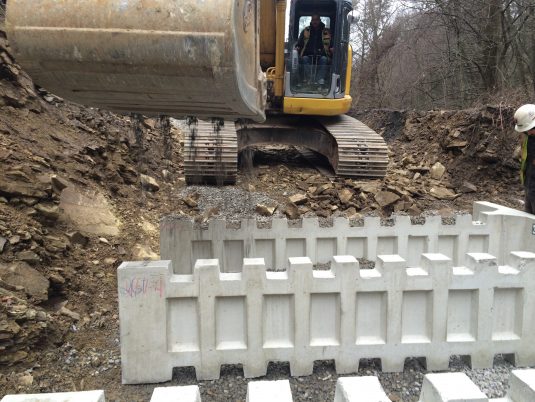 In 2014, a geotechnical investigation of slope stability issues was conducted along Schooley Avenue, between Wilkes-Barre and Scranton, Pennsylvania. Two locations, or slide areas, were determined to be in need of repair.

In the southern slide area, the requirement was made to replace an existing retaining wall with a new structure, partially due to the presence of a creek below the wall and a slope above. Several types of retaining wall options were recommended, including cast-in-place and pile-and-lagging. Ultimately, a prefabricated modular wall was chosen by the Design-Build contractor, and the 250-foot long, 25-foot high wall was completed in late 2016.

Ultimately, a prefabricated modular wall was chosen by the Design-Build contractor.