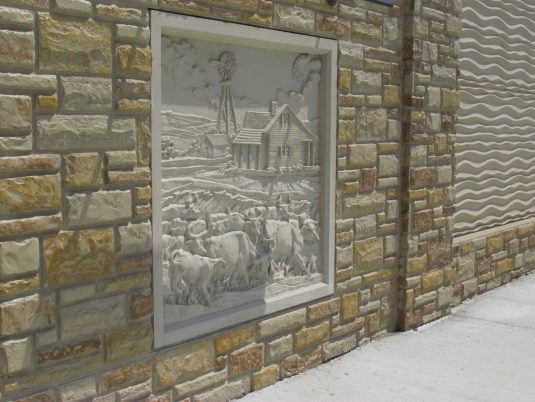 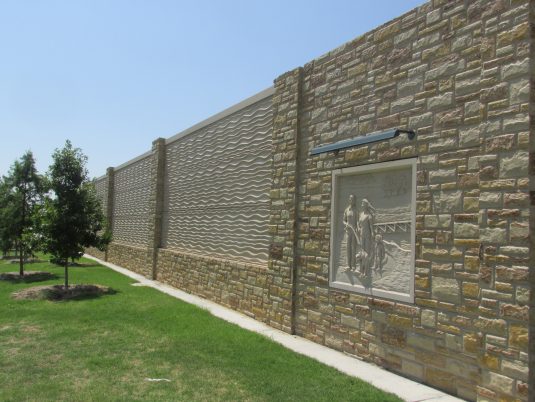 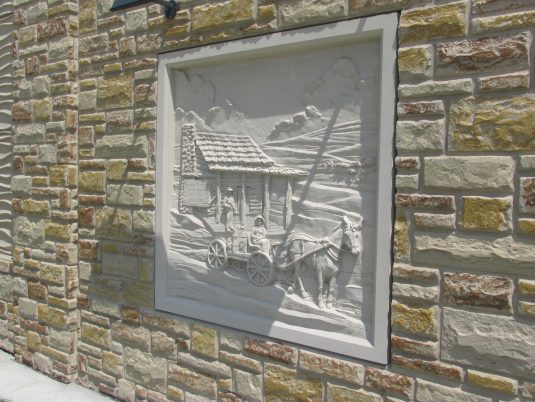 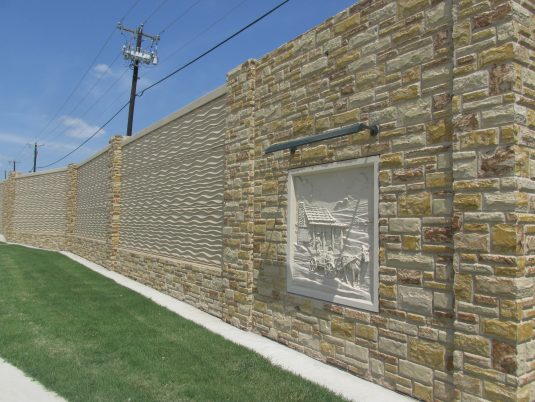 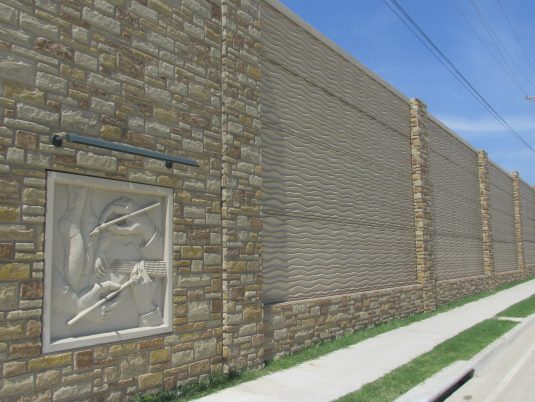 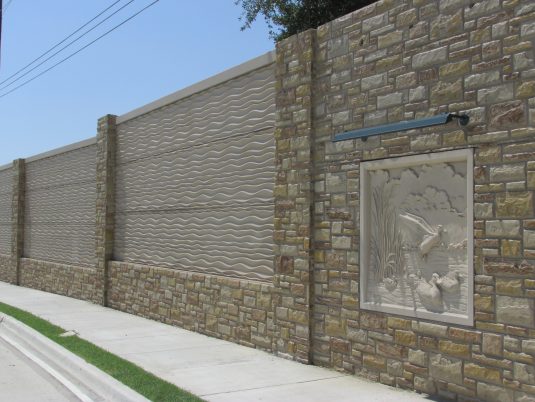 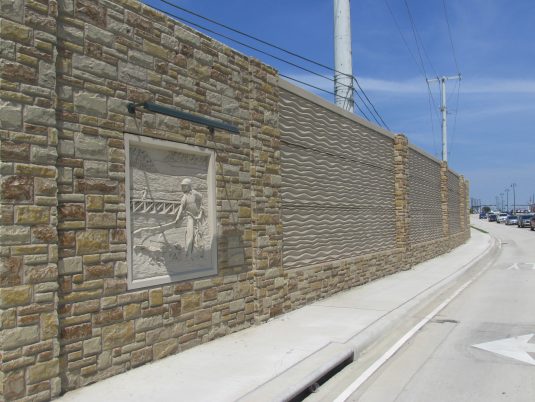 Finished near the end of 2018, five of RECo’s post-and-panel sound walls line the residential areas of Main Street in The Colony, Texas. What makes these walls unique is the artwork included in the panels, which is meant to capture the identity and history of The Colony. As a part of TxDOT’s Main Street Widening Project, around 8,000 feet of sound walls were built along the residential portions of the street, in order to protect the surrounding neighborhoods from traffic noise. The city contributed to the aesthetics of the walls, which include a wave pattern to mimic the community’s nearby lake, a painted stone pattern for the face of the walls on the residential side, and cast-stone sculptured art panels incorporated into the precast concrete sound wall panels.

Many of the scenes depicted in the panels are taken from real photographs of The Colony throughout the years, highlighting the neighborhood’s parks, lake theme, and other aspects of the community. The artwork was first sketched by a local artist, Janice Hart Melito. The process then involved creating clay and silicon molds to form the relief, and then pouring a cast-stone concrete mix.

RECo’s sound wall panels were cast with a 6 square-foot and 7-inch deep inset. After the wall was set in place, the cast-stone artwork was installed, including a lighting system for night time viewing. More detail can be found by visiting The Colony’s Communications Department.