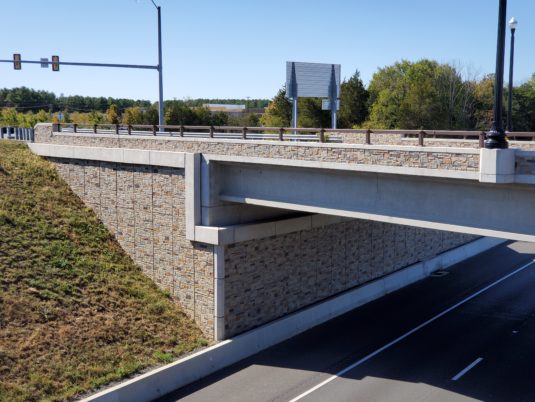 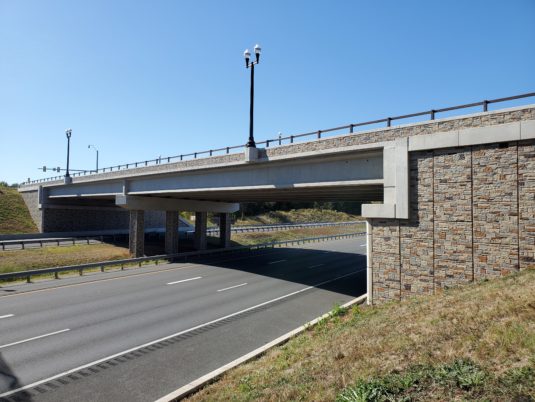 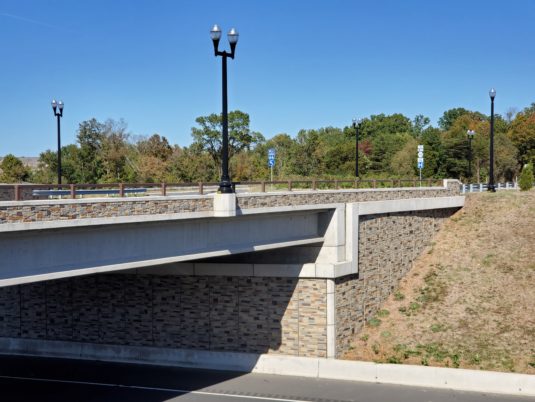 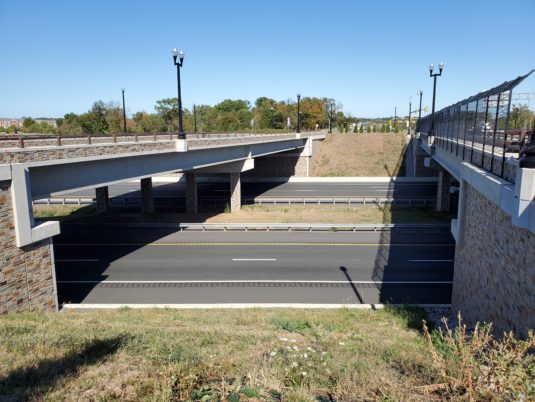 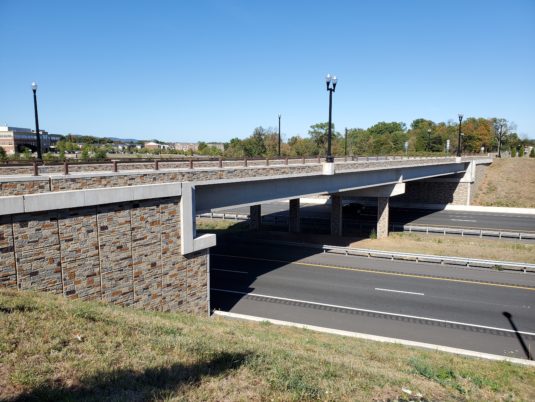 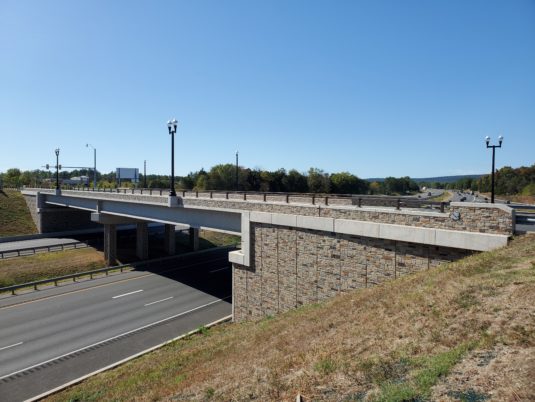 About 40 miles west of Washington, DC along the I-66 corridor, Prince William County, Virginia has been experiencing rapid growth. In Haymarket, VDOT implemented Northern Virginia’s first Diverging-Diamond Interchange (DDI) to alleviate congestion and accommodate future growth in the area.

The project included the construction of two parallel bridges for RT 15 to cross I-66. Both bridges used Reinforced Earth® MSE walls at the pile-supported abutments, for a total of four walls. The square concrete facing panels were cast with a dry-stack stone architectural finish, then painted in the field to match the cast-in-place traffic barrier on the bridge deck.

The design-build team included Rinker Design Associates as the lead designer, with Lane Construction as the general contractor. The DDI was chosen for its innovative method of improving capacity and safety. The design moves traffic over the bridge to the opposite side of the road. The traffic light system reduces wait time, and the crossing pattern eliminates left turns into oncoming traffic. According to VDOT, the system has twice the capacity of a traditional diamond interchange.

In 2018, the project won the DBIA Design Build Project of the Year as well as the VTCA Transportation Engineering Award for design-build.